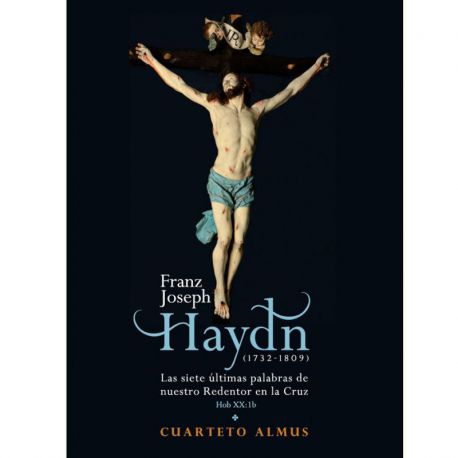 Recording of The Seven Last Words of our Redeemer on the Cross was performed in the same place where this important work is being released.

The present version of The Seven Last Words of our Saviour on the Cross was recorded in the very
same place where the original composition had been premiered. Towards the end of his life, Haydn
recalled the genesis of one of his most outstanding creations:
"Some fifteen years ago I was requested by a Canon of Cádiz to compose instrumental music on the
seven last words of Our Saviour on the Cross. It was customary at the Cathedral of Cádiz to produce
an oratorio every year during Lent. The effect created with the performance was considerable, as they
covered the walls, windows and columns of the temple with black cloths and the only one large lamp
hanging from the centre of the roof broke the solemn darkness.
At midday, the doors were closed and the ceremony began. After a short service the bishop ascended
the pulpit, pronounced the first of the seven words (or sentences) and delivered a discourse thereon.
Subsequently, he left the pulpit and fell to his knees before the altar. The interval was filled by music.
The bishop then in like manner pronounced the second word, then the third, and so on, with the
orchestra following on to conclude each discourse. My composition was subject to such conditions."/> Cuarteto Almus