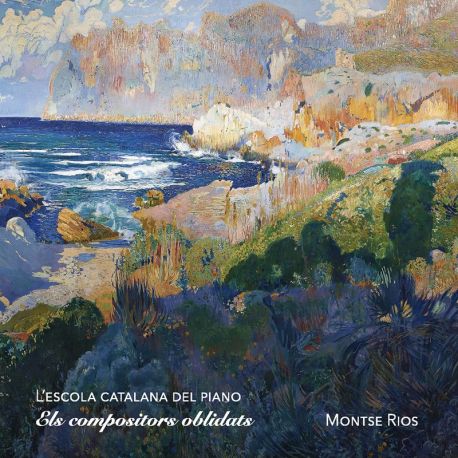 A search for unpublished scores by Catalan composers from the 19th and 20th centuries performed by Montse Rios.

When we talk about the "Catalan school of piano" we are referring to a line of transmission between teachers and students starting with Pere Tintorer and reaching well into the twentieth century. While it is not possible to define a common compositional style, a similar way of understanding music can be perceived; anchored to the spirit of the country, Catalonia, but always influenced by German romanticism, French, or the then fashionable Hispanic music. Some of the pieces on this album are "salon music": waltzes, mazurkas, etc., but we also find technical studies for students, like those composed by P. Tintorer, of great musical quality. And works with a more complex compositional structure and a more modern language, such as the fantasy En el Poble Espanyol by Maria Dolors Calvet or Thrénodie by Ricard Viñes .

The generosity of these masters stands out; they wanted, in addition to cultivating musical quality, to contribute to the cultural and artistic modernization of their country. Their immense involvement has allowed us, despite the wasted years of the twentieth century that we had to endure, to still recognize all their expertise as the beginnings of an authentic school.

This recording is a tribute to these men and women who are too often forgotten. There are still many forgotten names and manuscripts, riches that today’s performers can recover to do them justice.